This article contains 100 most frequently asked questions on C – Programming language. These questions are extracted from various interview experiences, held at various locations and companies.

Q. What is the meaning of constant in C ?

A. Constant is an entity whose value remains fixed.

A. Variable is an entity that acts as storage place for a value.

here, a is variable

Q. What are Keywords ?

A. Keywords are the special words that provide specific meaning to the language compiler.

There are 32 keywords in C language.

Q. Can we use a keyword as a variable-name ?

A. Comments are the user defined statements that ensures the better readability and makes code more understandable. Comments are ignored by compiler. Comments can be single line or even multi line.

Q. Can we do nesting of comments in C ?

Q. What are escape sequence ?

A. Escape sequences are basically control characters used for formatting the output. These are combinations of a backslash and a character in lowercase.

Q. Can a program be compiled without main() ?

Q. Can you differentiate between variable declaration & variable definition ?

A. Variable declaration : assigning data type to a variable. For ex. : int x;

Q. What is modular programming ?

A. It is an approach in which we divide a program into subprograms where each subprogram has its own set of statements for a task.

Q. What are Tokens ?

A. Token refers to the smallest lexical unit of a program. It may be a identifier,keyword, constant etc.

A. Identifiers refers to the legal name given to a variable or a function. It cannot be a keyword and cannot start with a number.

Q. What could be maximum length of an identifier in C ?

Q. What do you know by scope of a variable ?

A. Scope defines the area over which the variable’s declaration has an effect.

Q. What are Data Segments ?

A. If any file is enclosed under < >, then compiler searches it in built-in path.

If any file is enclosed under ” “, then given file is user defined and hence current working space is checked.

Q. How an integer with negative sign is stored in memory ?

1. Find 1’s complement of that number.

A. Pointer is a special type of variable that holds the memory address of another variable.

Q. What is a NULL pointer ?

A. Null pointer is a type of pointer that points to nothing.

Q. What are Dangling pointers ?

A. A pointer pointing to a memory address that has been deleted or not available. To solve this, allocate it to NULL.

Q. When we use void pointers ?

A. When we don’t the know the type of value that has to be stored in a variable, in that case we go for void pointers.

Q. What is the purpose of using typedef ?

A. It is used to define alternative names to existing datatype.

A. Function represents the block of statements that perform a specific task.

Q. What are actual & formal parameters ?

Q. When we mention the prototype of a function, are we defining it or declaring it ?

A. We are declaring it.

Q. What will happen if we include same header file twice ?

A. Recursion is the technique in which a function is called by itself again and again.

Q. Which data structure is used during the process of recursion ?

A. Stack for proper function scheduling.

Q. What is Preprocessor ?

A. It processes the source code, before compilation, by adding external libraries, unzipping macros etc.

Q. What are macros ?

Q. What is the basic difference between a function and a macro ?

A. The basic difference is that function is compiled and macro is preprocessed.

Q. How to define multiline macros ?

Q. Function vs Macros – which is better ?

A. It depends. Usually macros make the program run faster but increases the program size, whereas function makes program compact and smaller.

A. Array is a linear data structure having collection of homogenous data items.

Q. What is the base address of an array ?

A. Base address represents the address of first element of an array.

Q. What will be the equivalent pointer expression for following : a[i][j] ?

Q. Highlight the difference between Structures and Union ?

Q. What is Self Referential structure ?

A. A Structure is recognized as self-referential structure, if it has one or more pointers pointing to itself.

Q. What are Command Line Arguments ?

A. The arguments which we pass to the main() function during the execution of a program are command line arguments.

A. String represents a sequence of characters, ending with ‘\0’ (null).

Q. Explain the utility of stricmp() ?

A. It compares two strings by ignoring their case.

A. It is used for unconditional branching within a program.

A. FILE is a structure in stdio.h, where as fp is a file pointer.

Q. What is a NULL statement ?

A. It is a non-executable statement.

Q. What are static function ?

By default, all functions are static.

A. It is used to recieve the variable number of arguments for a function.

Q. What is Enumeration ?

Enums are automatically assigned to 0.

Q. Explain the use of fseek() in File Handling ?

A. It is used for moving the file pointer internally.

Q. What is dynamic memory allocation ?

A. It is the process in which memory is allocated during runtime or execution of a program.

Q. How we achieve dynamic memory allocation in C ?

A. malloc() is one of the functions used for dynamic memory allocation. It takes up single arguments, which denotes the number of bytes to be allocated.

malloc() is faster than calloc().

A. calloc() is one of the functions used for contiguous dynamic memory allocation. It takes up two arguments, in which first argument denotes the number of bytes to be allocated, and second argument denotes size of each block. It initializes allocated memory by 0.

A. malloc() is faster than calloc(), because of one extra step of initializing the allocated memory by 0, in case of calloc().

Q. Explain the functionality of realloc() ?

A. It is use to free the memory block that had been allocated dynamically.

Q. What are wild pointers ?

A. Wild pointers are uninitialized pointers.

Q. What are Bit Fields ?

A. Bit Fields are used to save space in structures having several binary flags or other small fields.

Q. Can we define an array of bit field ?

Q. What are the valid operations that can be performed on pointers ?

Q. Explain the concept of #undef ?

A. #undef is used to undefine the existing macro.

Q. Can we have nested comments in C ?

A. Entry control loops : for, while

A. Program will compile and run with a warning.

A. Semicolon is needed by compiler, for compiling a program. As the name itself suggests that preprocessor directives are processed before compilation of a program, hence it is not needed.

Q. Give the example of type promotion & type demotion ?

Q. Explain the various phases in the process of recursion ?

A. Recursion has two phases :

1. Winding Phase : This phase runs until desired condition is fulfilled.

2. Unwinding Phase : Once winding phase gets over, control is transferred back to original call, this is unwinding phase.

Q. What is the basic difference between getch() & getche() ?

getche() : reads single character but output is displayed on screen.

A. For printing address location of a variable.

A. It is a predefined macro which is used to determine whether your compiler is ANSI STANDARD or not.

Q. What are the different types of streams in C File Handling ?

A. Basically, there are two types of file handling streams : Text and Binary.

Q. Can a function in C return more than 1 values ?

A. No, not possible.

A. The #pragma directive is the method specified by the C standard for providing additional information to the compiler, beyond what is conveyed in the language itself.

TO CHECK WHETHER A ENTERED YEAR IS LEAP YEAR OR NOT

TO GENERATE THE SUM OF ALL DIGITS OF A NUMBER

TO FIND THE REVERSE OF A NUMBER

TO CHECK WHETHER A GIVEN NUMBER IS PALINDROME OR NOT

TO GENERATE THE FACTORIAL OF A NUMBER

TO CHECK WHETHER A GIVEN NUMBER IS PRIME OR NOT

TO GENERATE ALL THE PRIME NUMBERS LYING IN THE GIVEN RANGE

TO GENERATE nCr AND nPr

So, these are the 100 most asked interview questions on C Programming Language.

We, at CODE OF GEEKS, wish you all the best for your upcoming future. 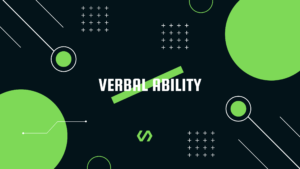